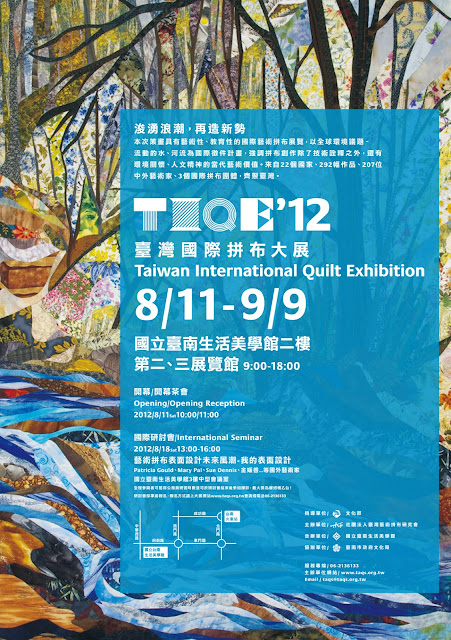 I leave in ten days for an amazing adventure.  I will be one of the featured artists and am teaching two cheesecloth workshops in Tainan City in Taiwan.  It will be exciting to visit Taiwan again and I am thrilled to be able to get together with the other featured artists, friends from SAQA: Sue Dennis, Pat Gould and Misik Kim.  The organizer of this outstanding event is Hsin-Chen Lin, and I am excited to be able to see her beautiful work in person.

I have two pieces in the exhibition, one of them Nereids, which the purchaser generously agreed to ship overseas for me. This means he will be without the work in his home for many months - and he would not allow me to reimburse him for the shipping costs.  I am so blessed to have such a kind friend and such an ardent supporter of the arts and artists.

The other piece is entitled Inuit Lament and is a commentary on the effects of pollution and global warming on the Arctic Ocean.  What a sad irony that the traditional livelihood of the Inuit peoples, based on respect for the natural ecosystems in their environment, should be threatened primarily by pollution caused by the rest of the world. Sensitive arctic marine ecosystems are at risk and I have depicted their fragility by attaching them only with some lines of stitching - they could easily be ripped from the quilt.  The cheesecloth portrait is from a photograph from the McCord Museum by Bob Stewart entitled "Inuit man, Port Harrison, QC, 1920-21." 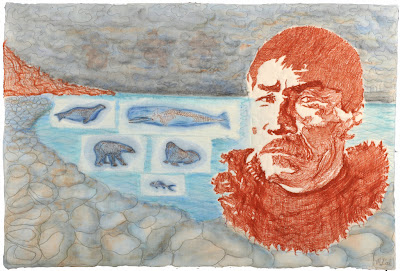 Mary Pal
Ottawa, ON, Canada
A fiber artist who specializes in sculpting portraits or subjects from nature in cheesecloth and then stitching them to a background textile. This requires me working one day a week for a national charity to fund my fiber habit. I am honoured to be on the Board of Directors of Studio Art Quilt Associates.

Board of Directors, SAQA 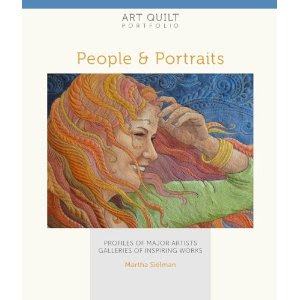 My piece "Sour Grapes" is in here:

"Homeless Love" is in this book:

My installation is featured in this book: